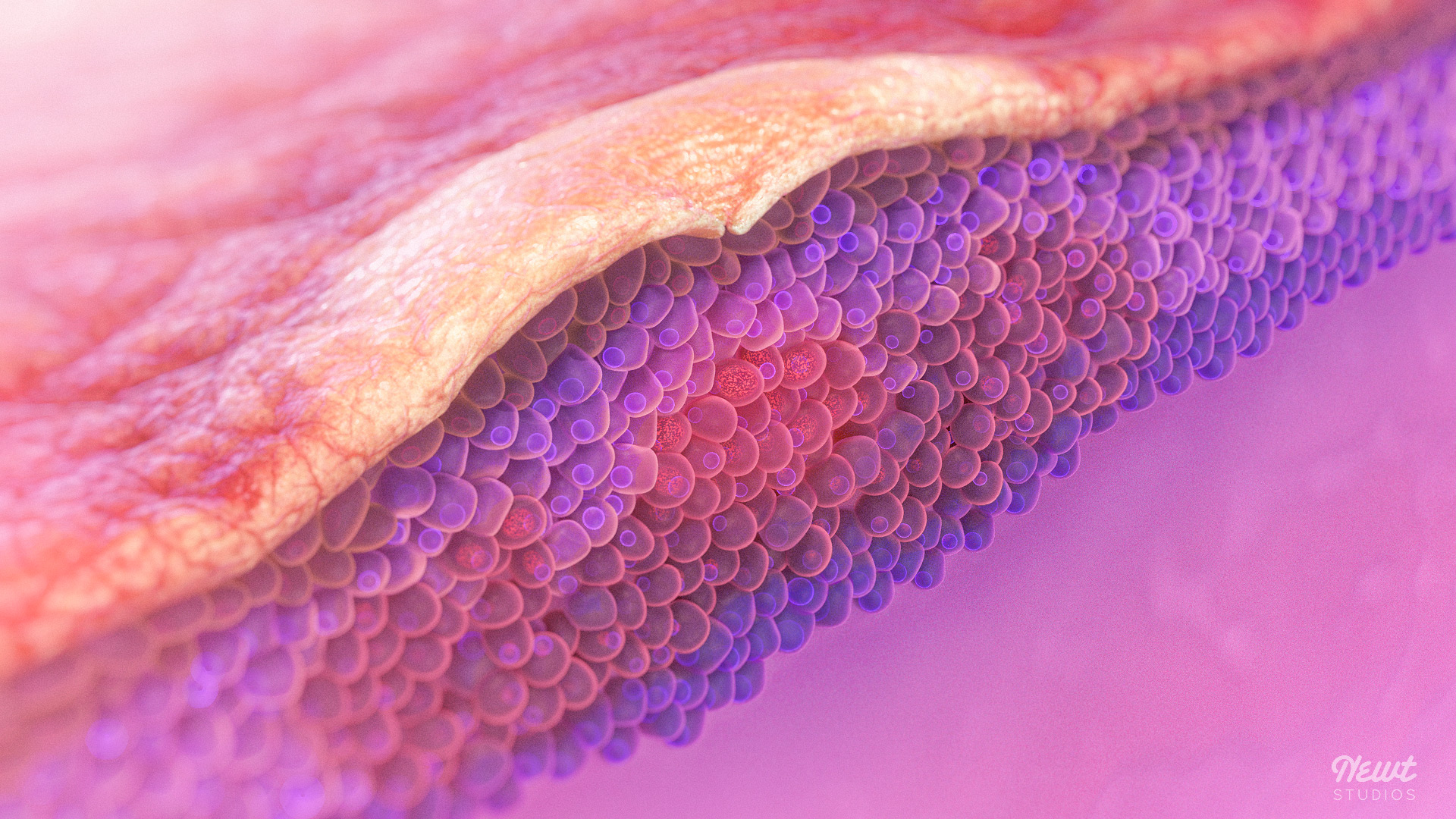 Mechanism of disease (MOD) animation produced to describe molluscum contagiosum – an infection caused by a poxvirus resulting in umbilicated papules on the surface of the skin. Scratching or touching the lesions can spread the viral infection to the surrounding skin.
Molluscum is a common, benign, yet highly contagious skin disease that affects an estimated six million people in the United States, primarily children.
The Newt Studios team animated the poxvirus invading their target – basal epithelial cells, which then proliferate rapidly in the process of hyperplasia. Viral-inclusion bodies assemble and grow inside the basal cells as the virus replicates over time.
Many thank yous to the incredible One World team for their partnership in script-writing, storyboarding, and medical direction. Our collaboration elevated the science story for the client’s healthcare professional audience.
3D Production: Newt Studios
Medical and Creative Collaboration: One World Design and Manufacturing Group
Client: Verrica Pharmaceuticals

Scroll down to view our 3D process and animation development.

3D Modeling the Epidermis in ZBrush 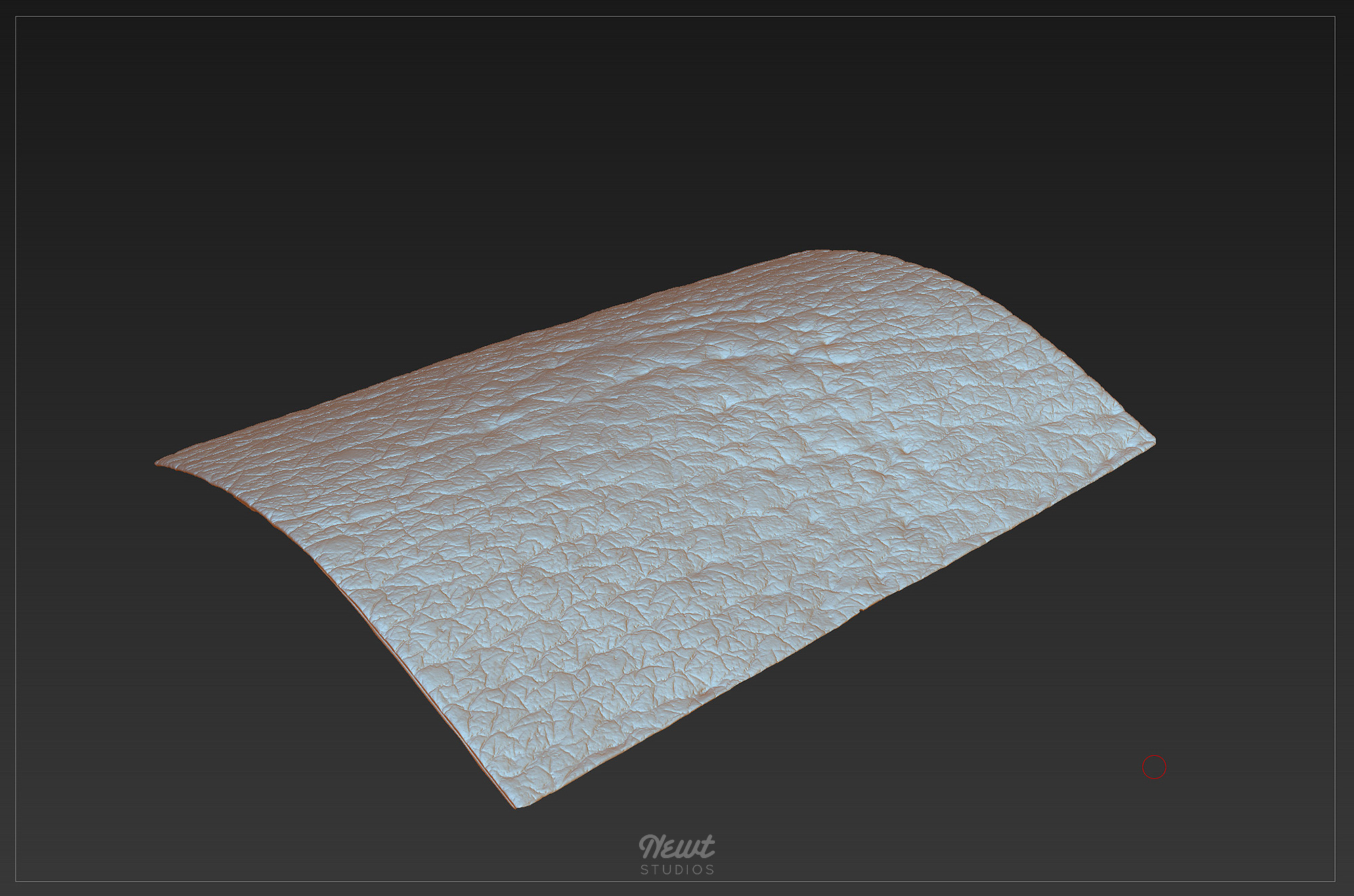 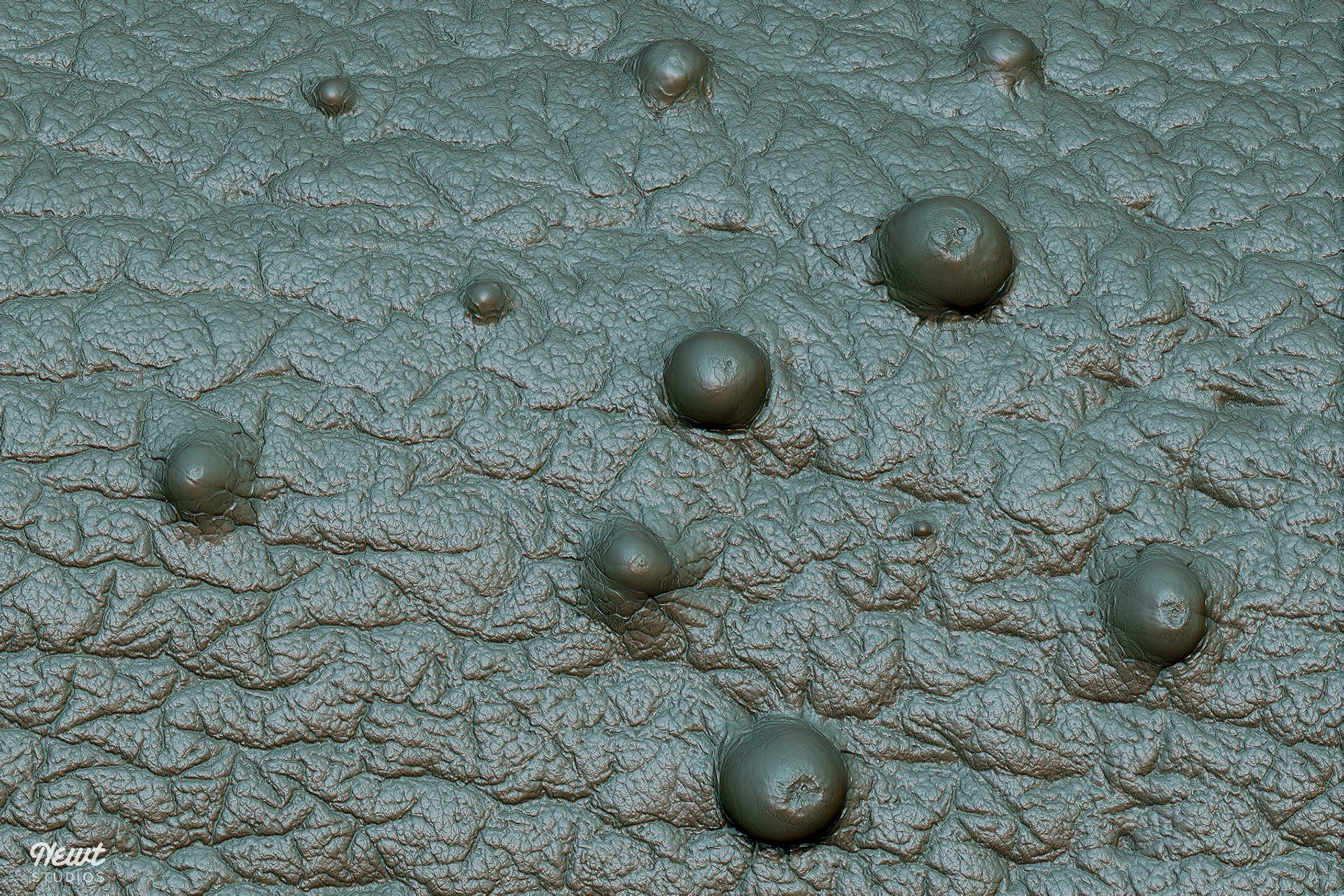 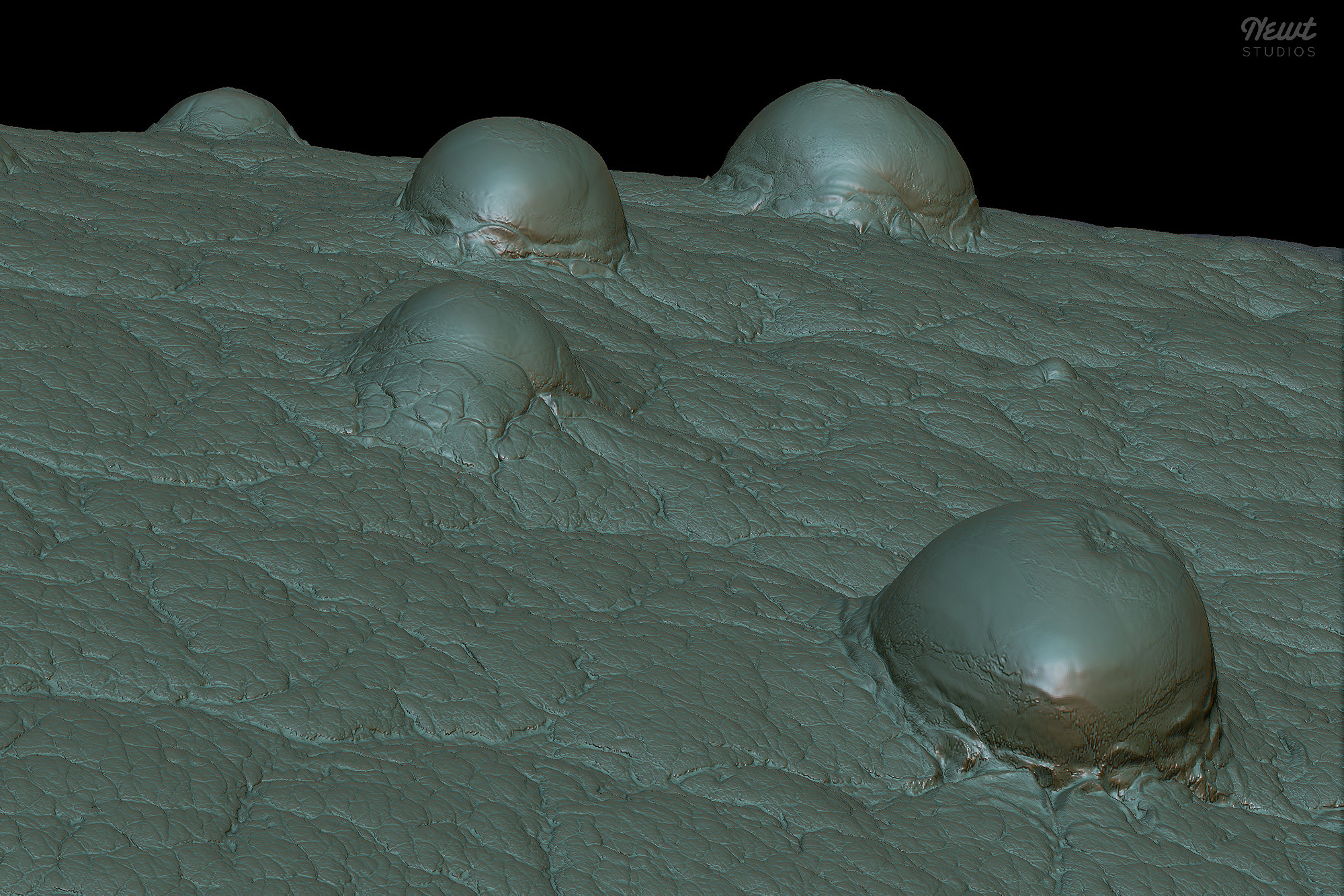 Texturing the Skin and Lesions 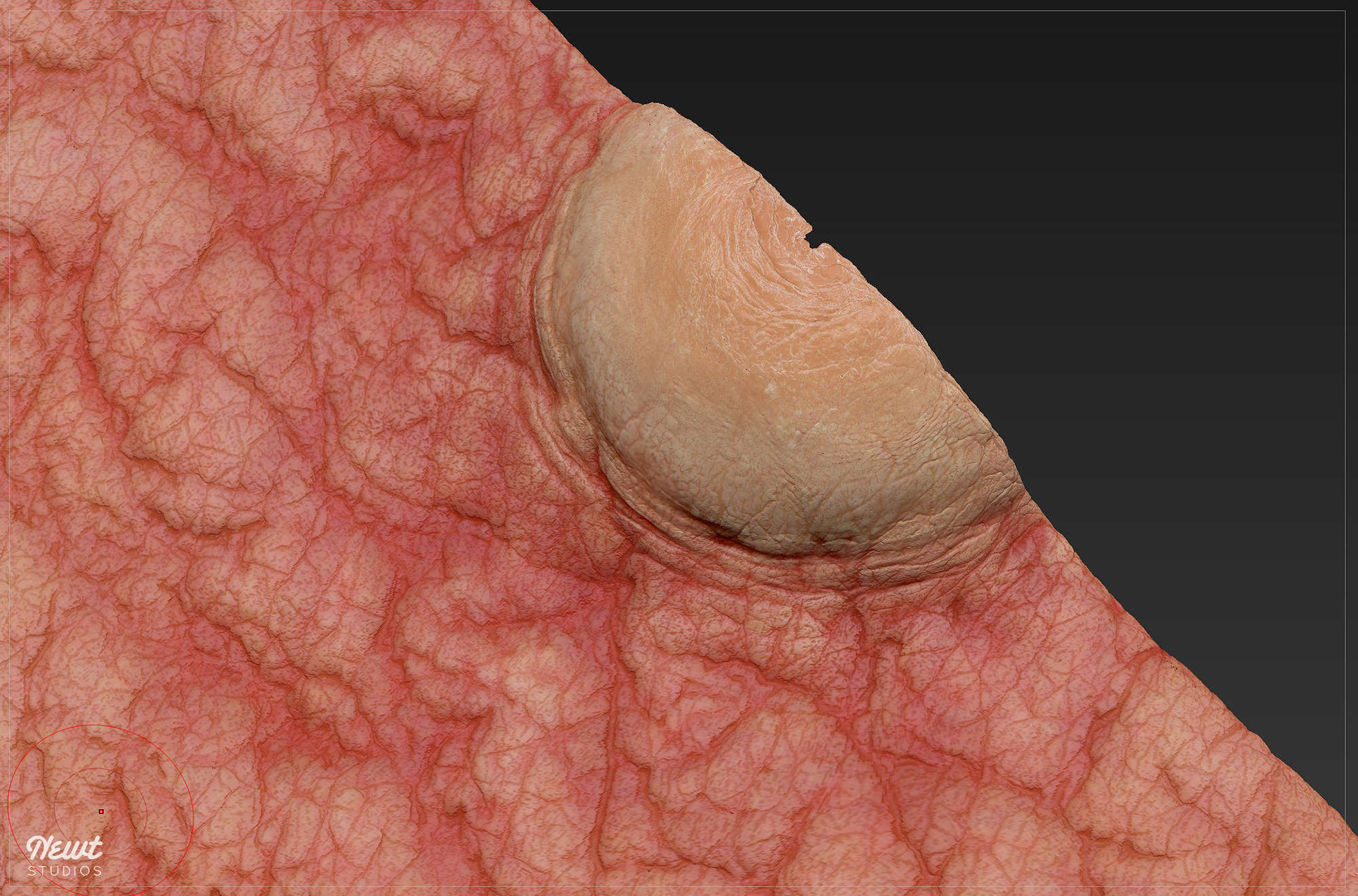 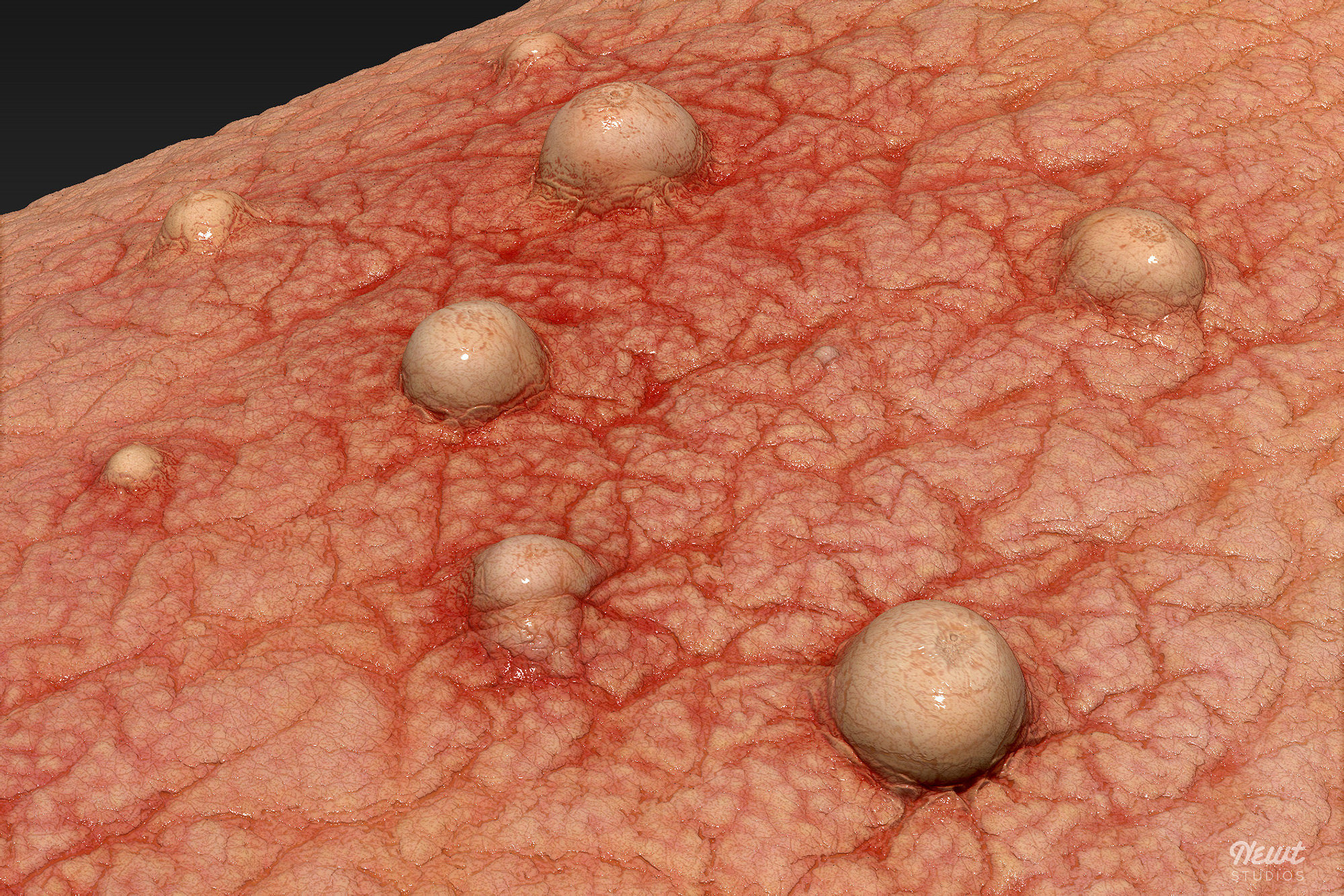 As the molluscum bodies enlarge and keratinize, the cells organize into follicles and lobes, develop a central indentation, and ultimately form into distinctive raised lesions. 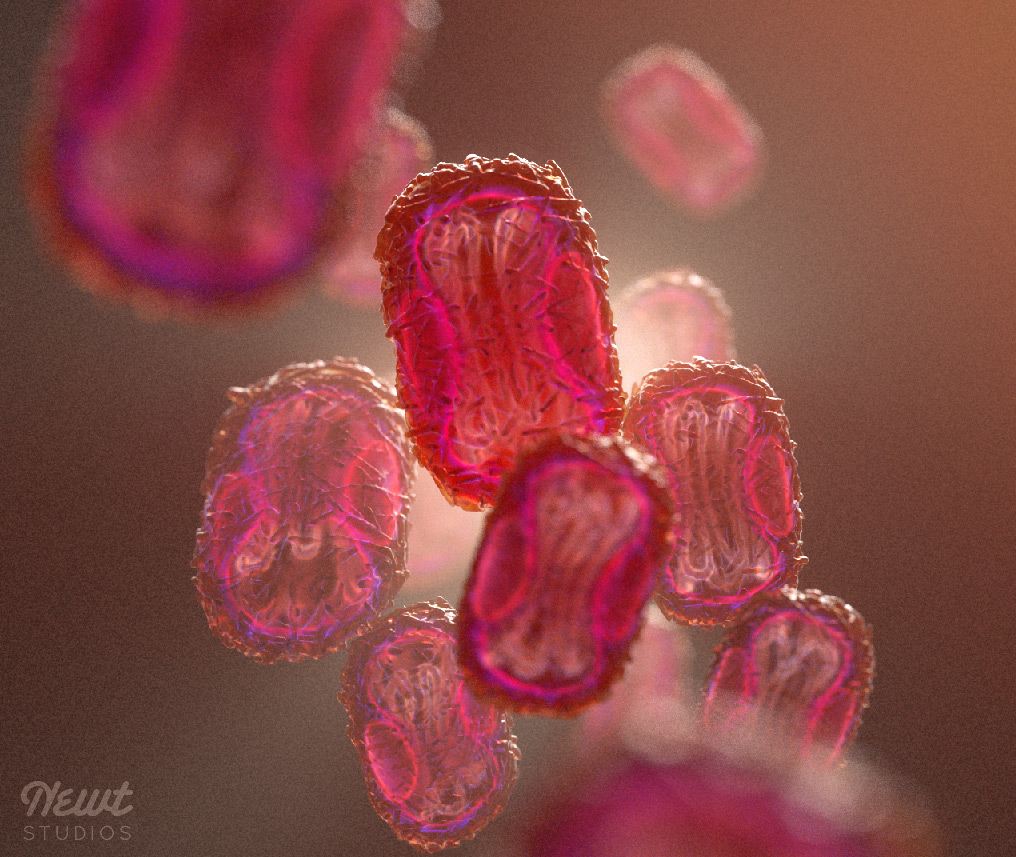 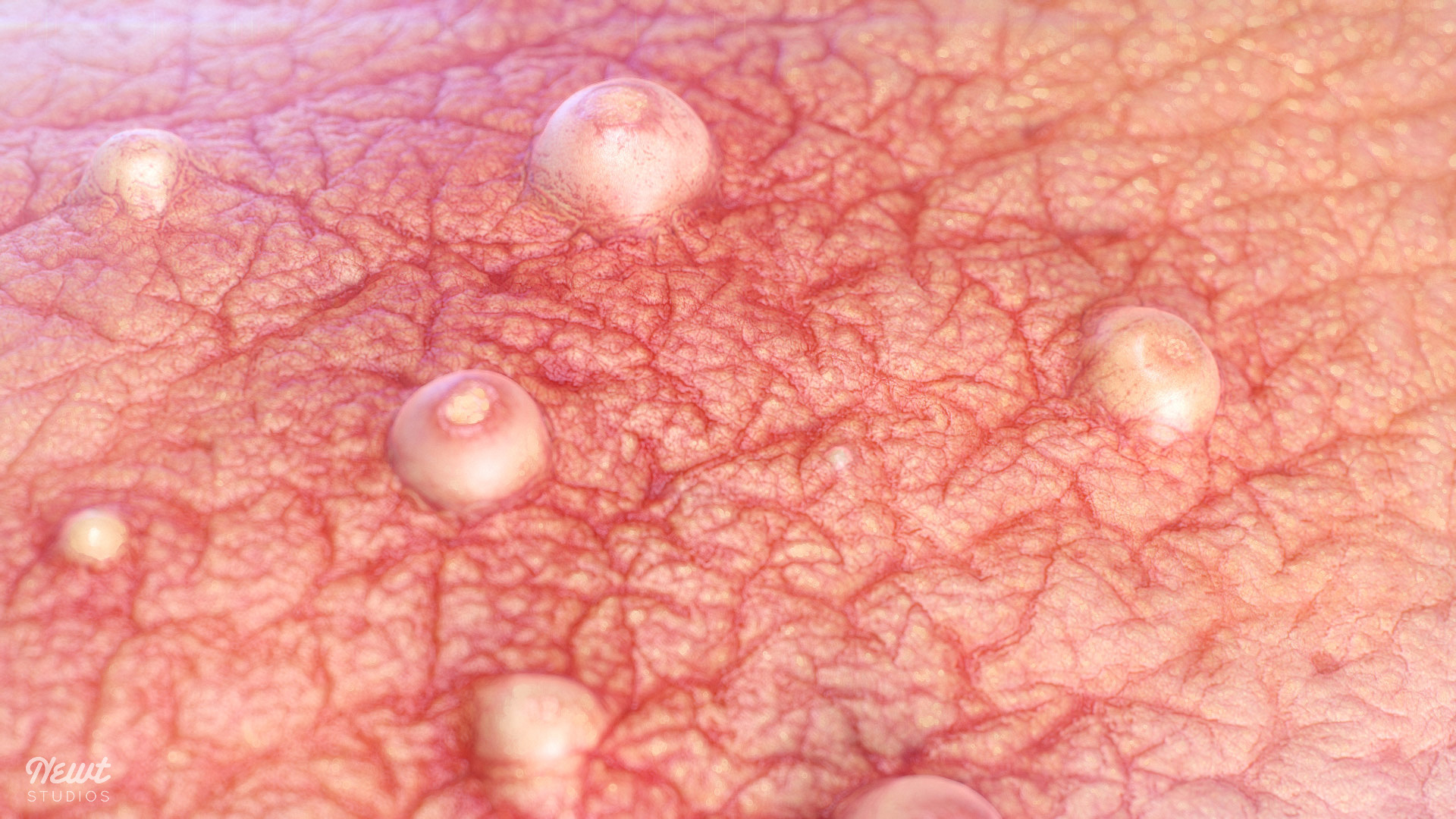 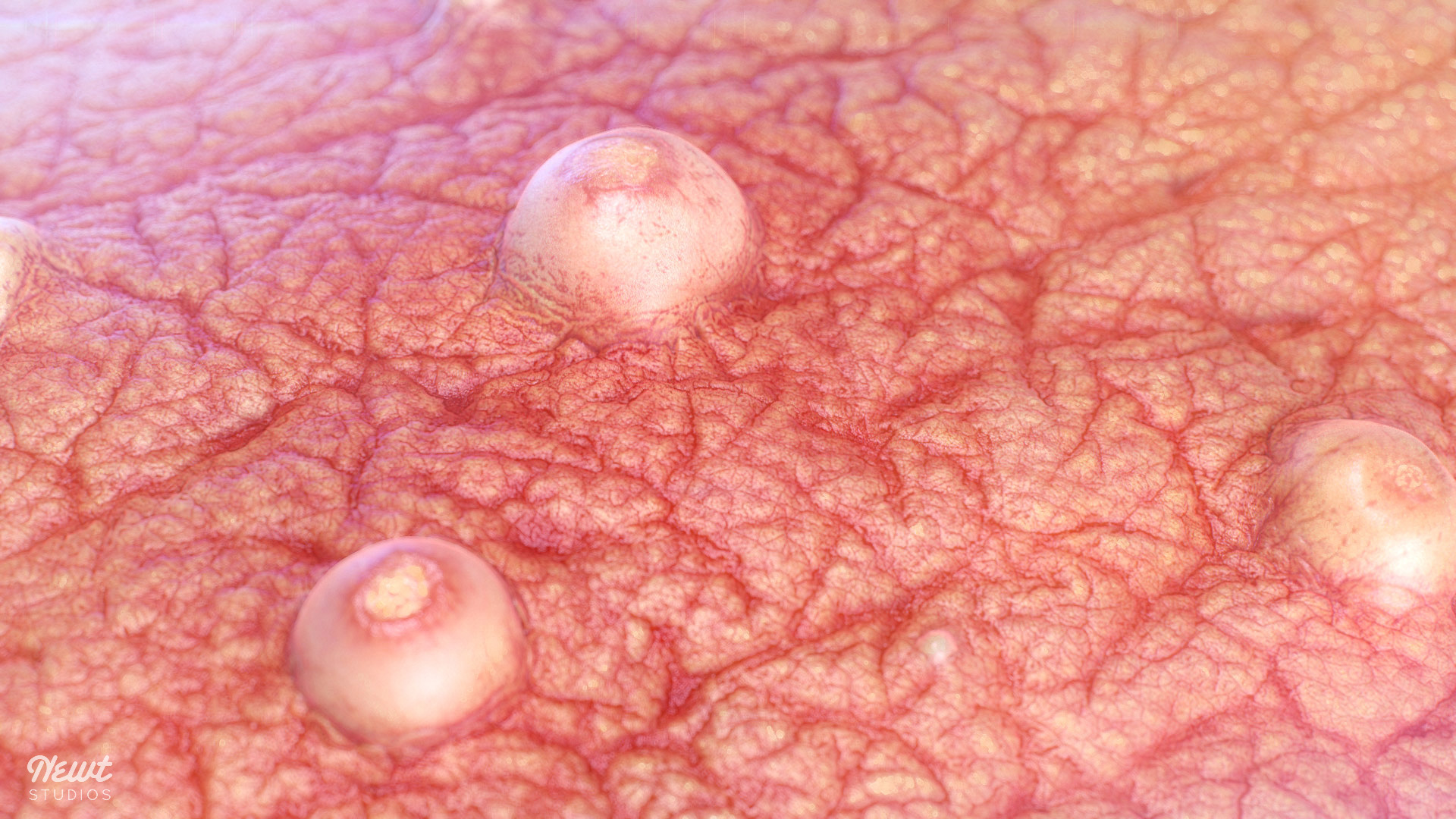 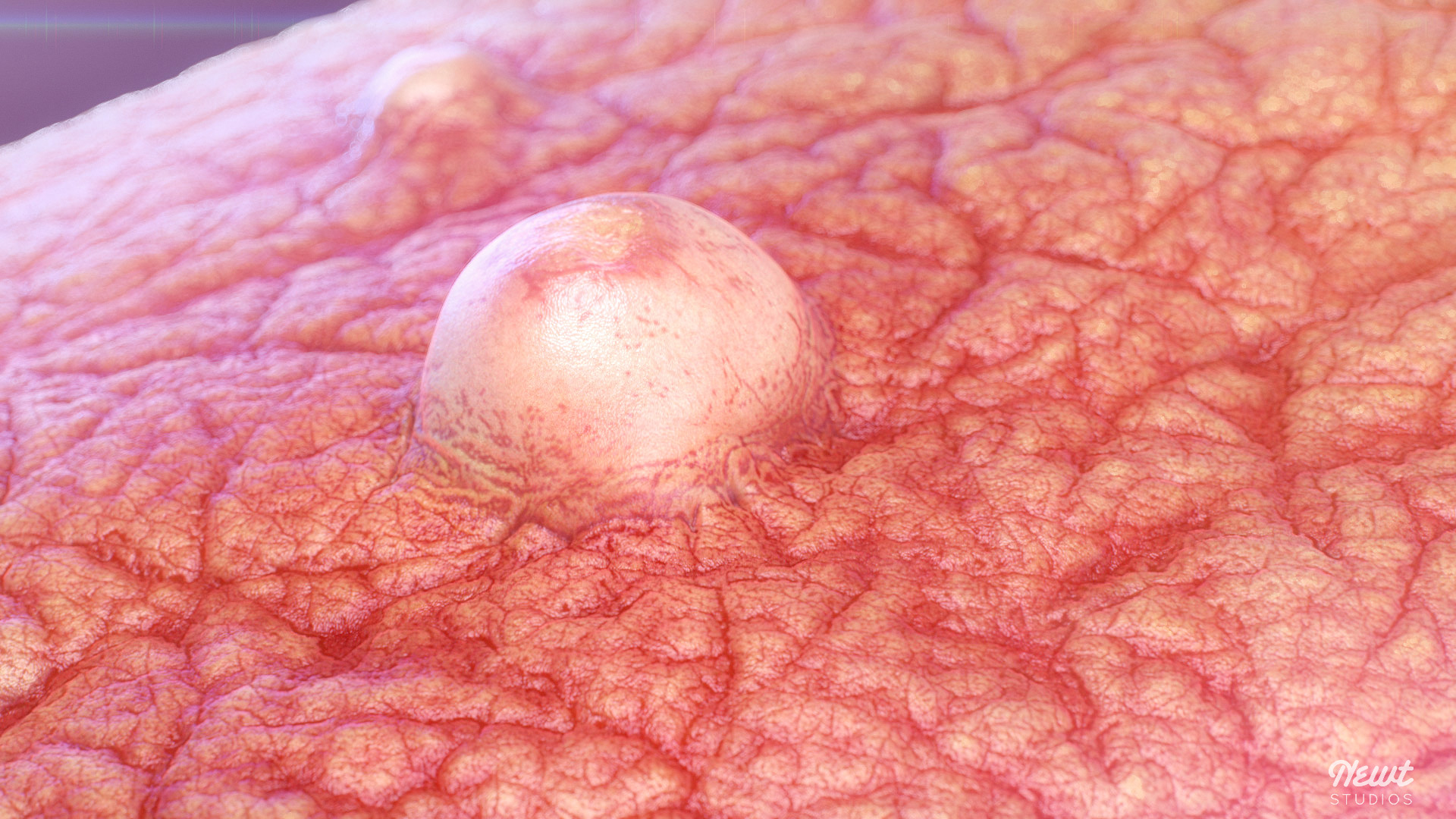 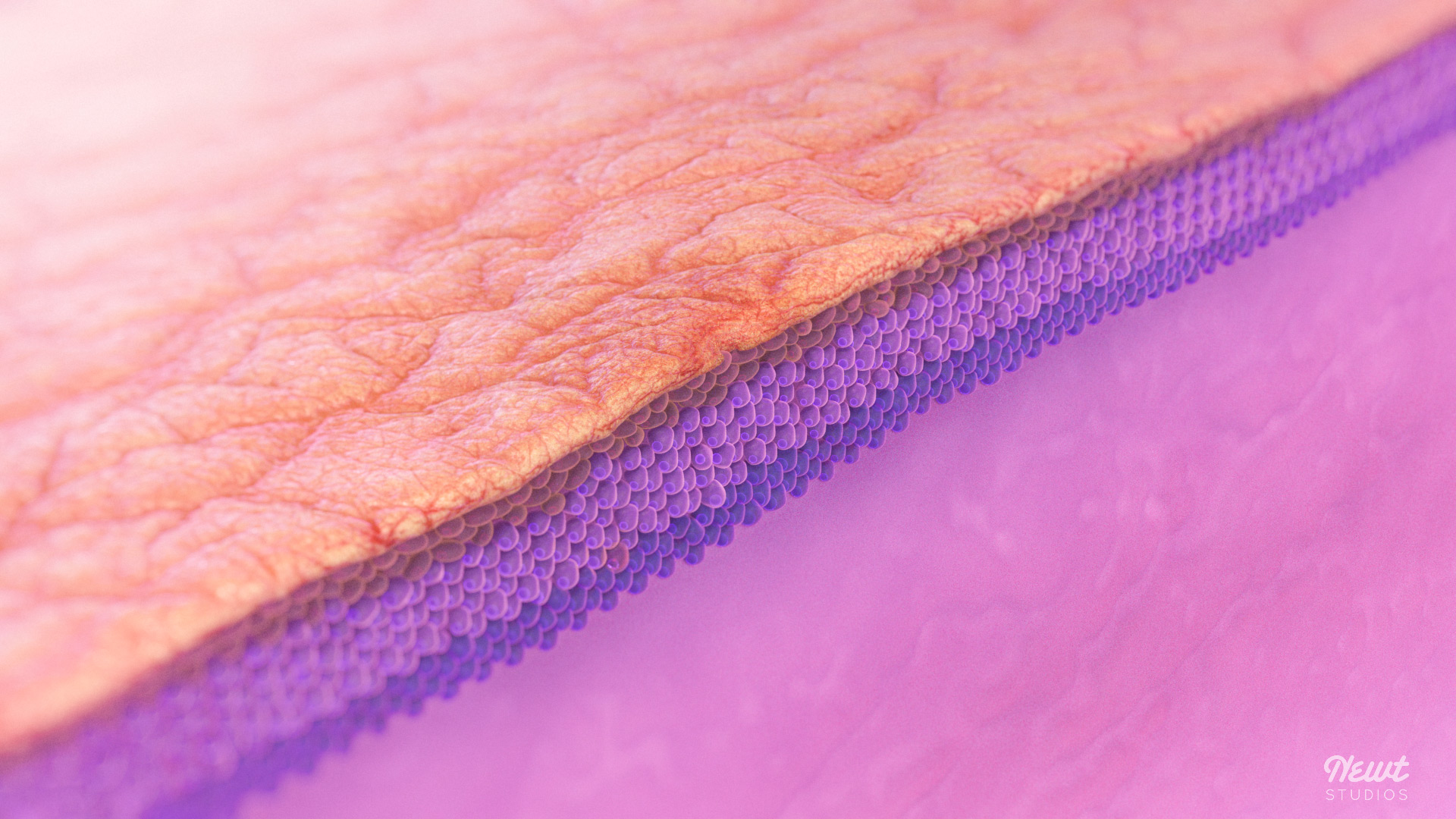 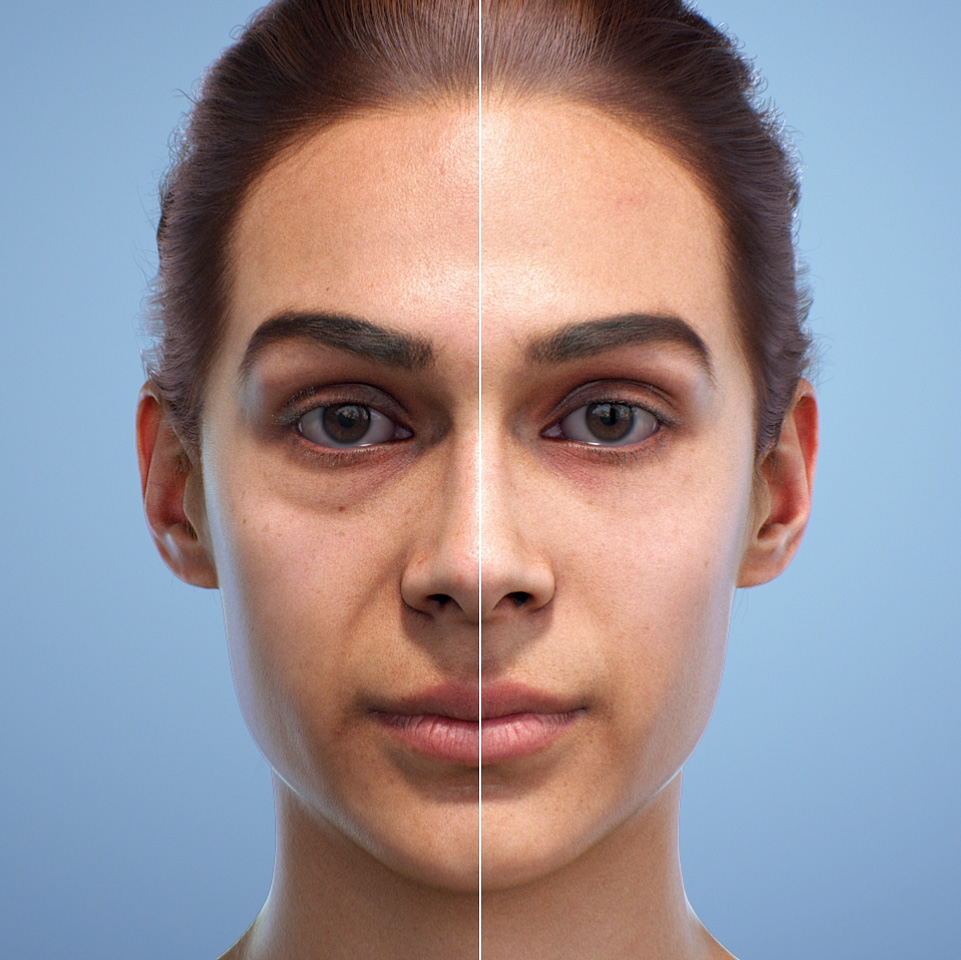 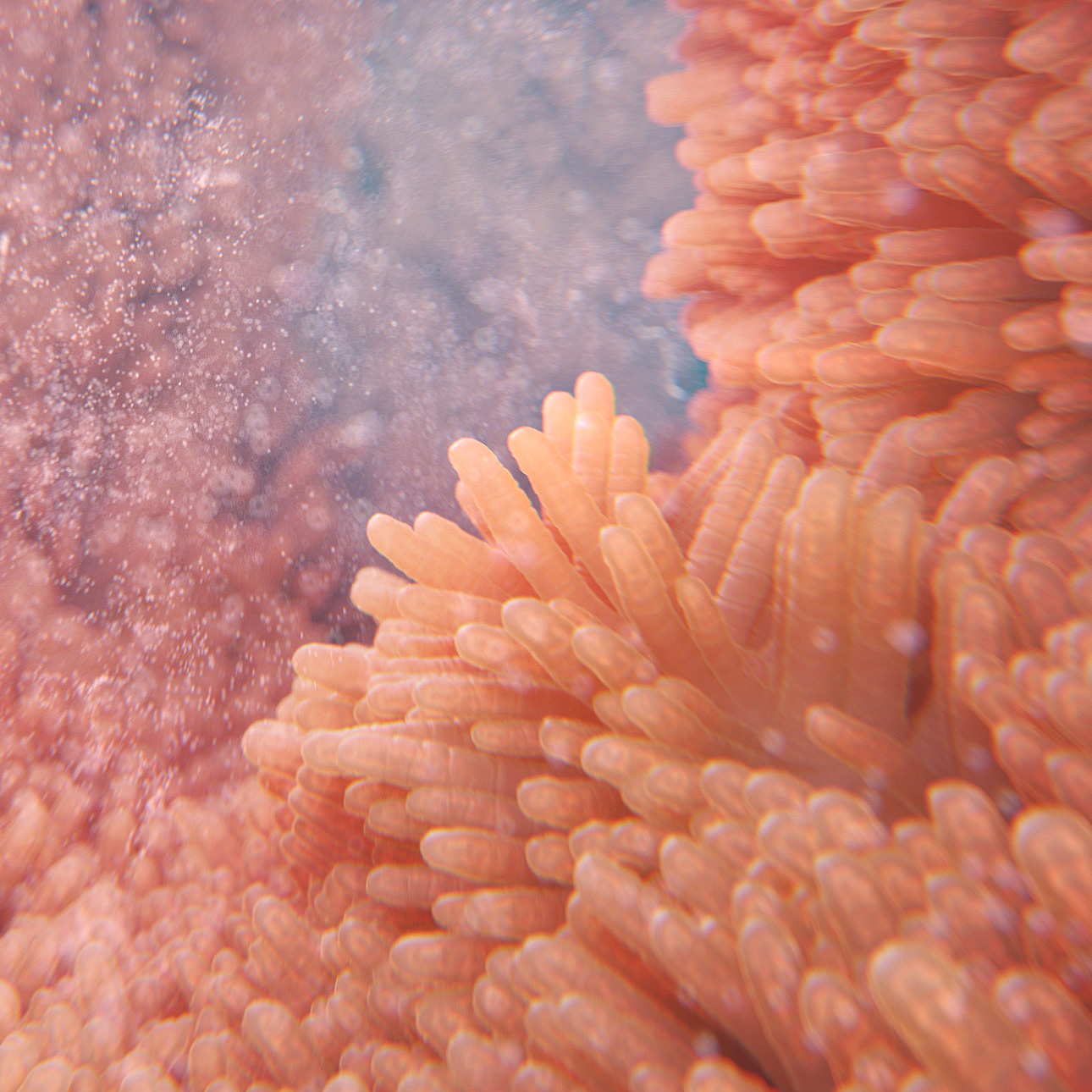 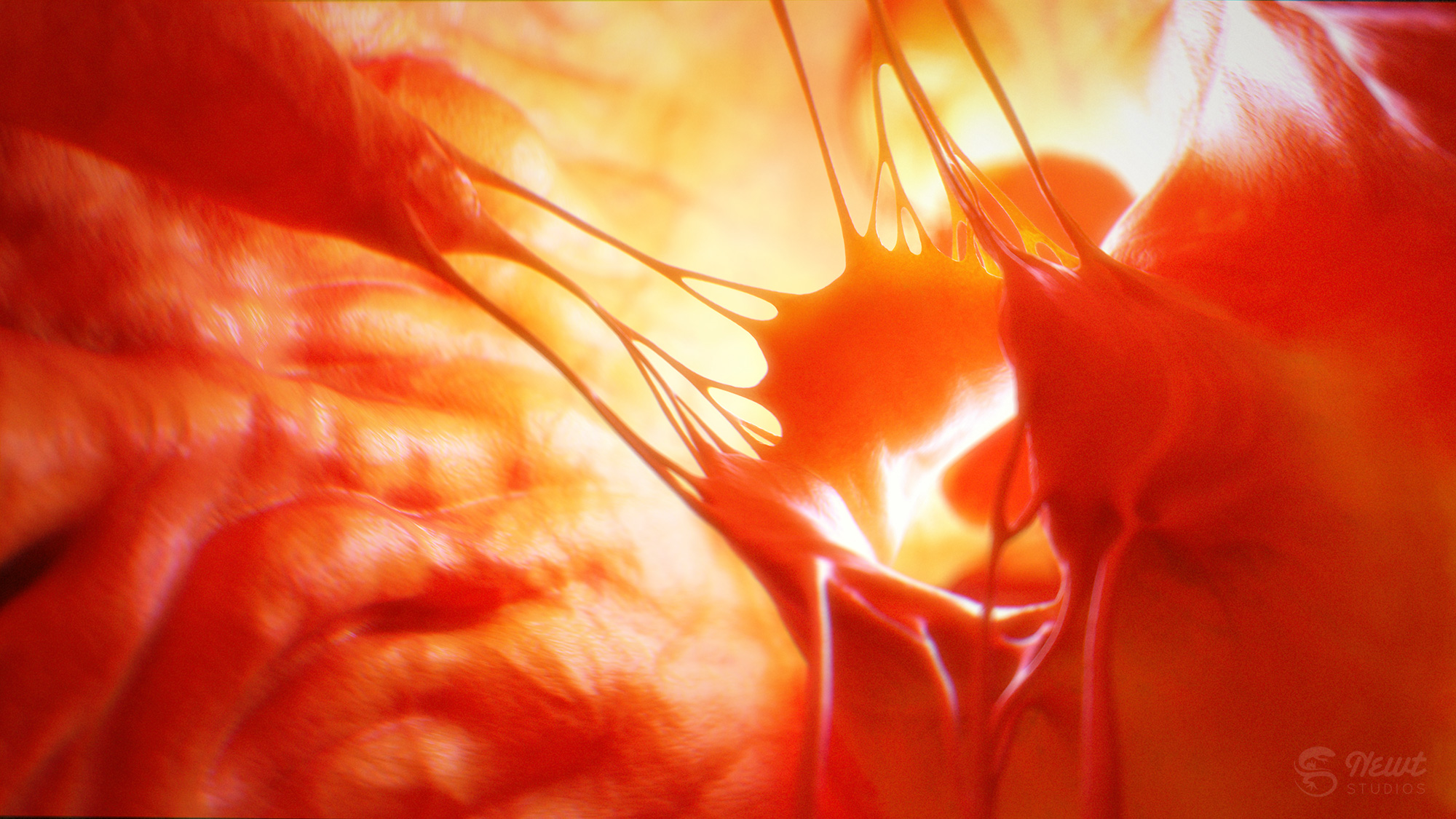 VR Heart Journey
Excerpts from the first release of our Virtual Heart Journey. Developed for the Oculus Rift… 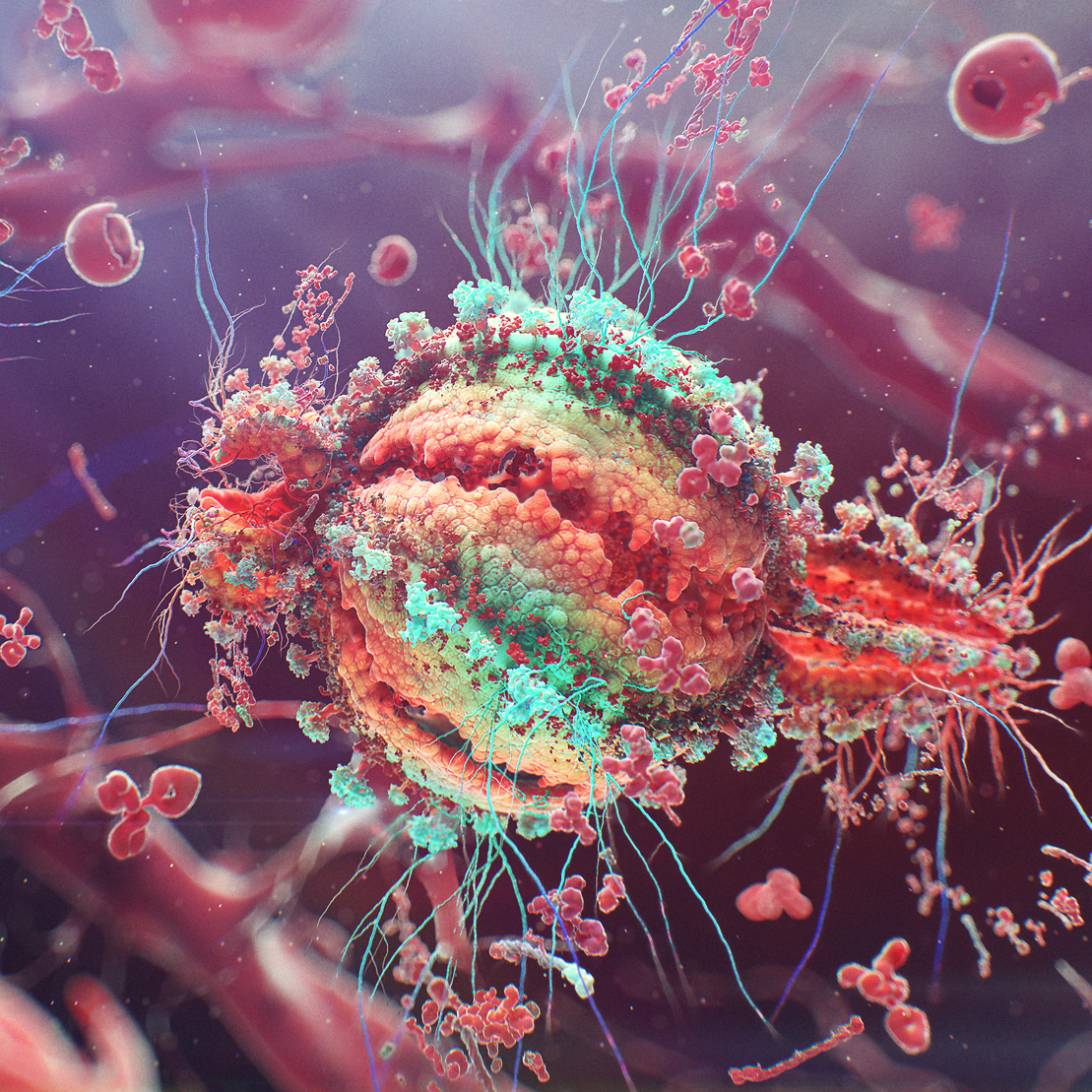 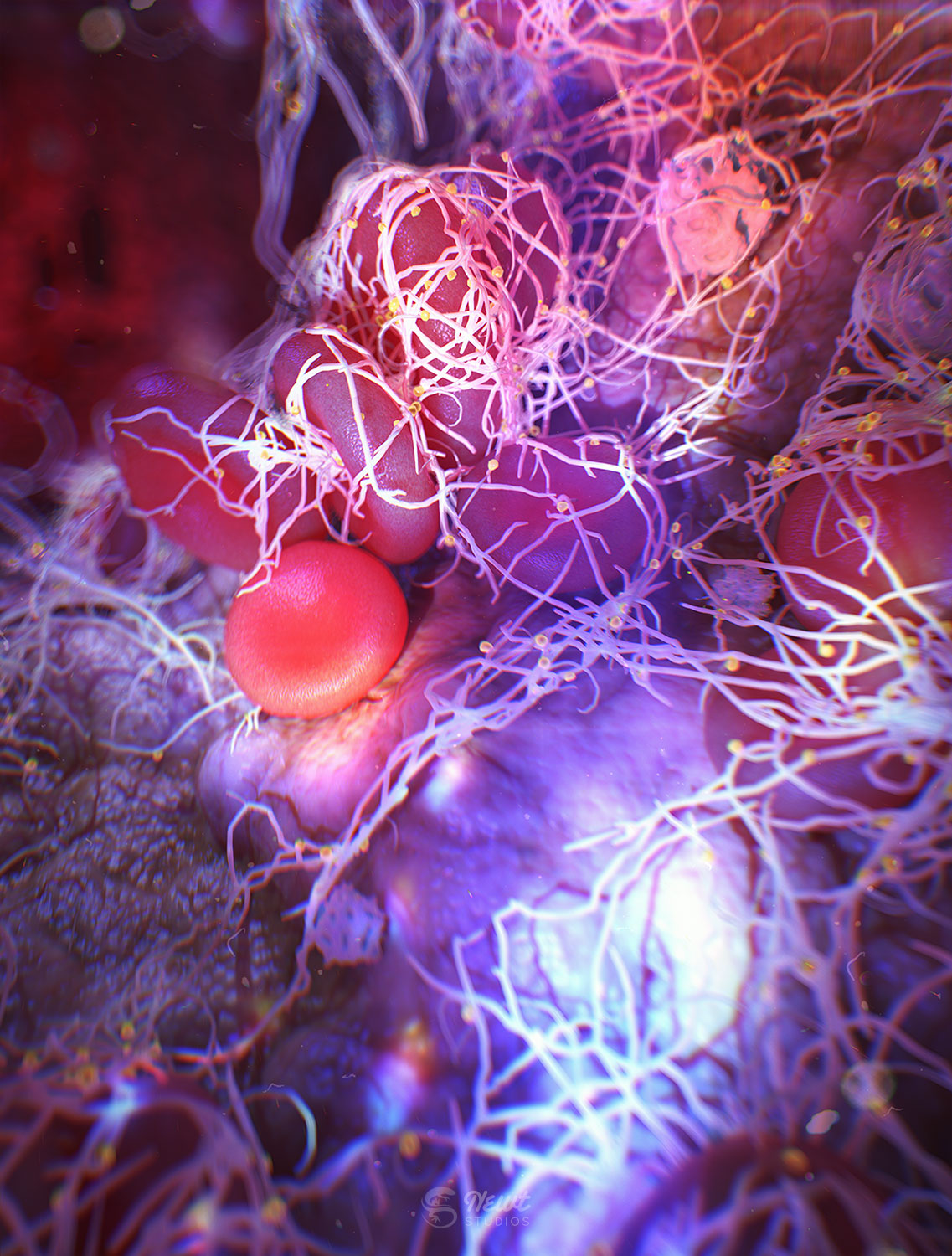 BLOOD CLOTTING
Visualizing coagulation – the process by which blood forms a clot.

Please fill out this brief form to start the conversation or email us: hello@newtstudios.com

Let’s create the extraordinary together.